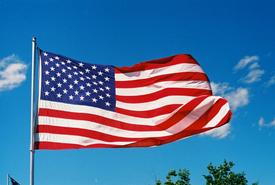 He has served in advisory capacities to United States Presidents Reagan and Bush (Sr.) through committees or commissions; Texas Governors Briscoe and Clements; several state senators and representatives over the years. Under Texas Governor Briscoe, he designed and implemented a statewide ad valorem tax study to determine the taxable value of all ad valorem property on an equitable basis in the state upon which the present ad valorem tax system is based. Under Texas Governor Clements, Watson served on the Select Committee of Educational Advisors in both Governor Clements’ first and second terms.

You've heard the myth that ostriches bury their heads in the sand. The fact that many parents, education systems and our supposed to be leaders are burying their heads in the sand is not a myth. Why? Great question. Start listening to the STACY SHORE SHOW and prepare to be shocked by how serious the issues are surrounding the education system. Right here, right now and across our country. To say STACY SHORE is driven is an understatement. Find out what you don't know about the COMMON CORE INITIATIVE and...the pages just keep turning. 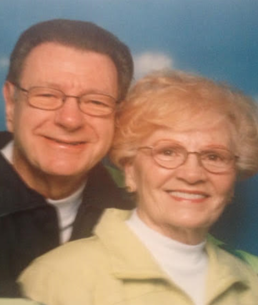 There's a reason after seven years on CAPITAL HILL that now JACKI DAILY lives in Texas and is educating us on how important it is for the U.S. to be energy independent. Being from the Ohio River Valley, where the shale runs deep. She descends from a long line of energy workers. Including roughnecks, railroaders, coal miners, and nuclear energy specialists. The host of the JACKI DAILY SHOW has had an impressive career in ENERGY, LAW, and POLICTICS. Her guests include industry leaders representing all parts of the energy sector (oil, natural gas, coal, nuclear, solar and wind, and government officials, journalists, and political insiders.

To listen to the Latest with Lainey Radio Show go to the HOME PAGE and click on the RRN-Programming Schedule.

Powerhouse, booming, smokey, velvet voice are just a few words to describe country music artist Lainey Edwards. Carrie, Blake, Reba, Garth, Vince and Toby are country icons that all have something great in common with Lainey. They are proud Oklahomans!

​Besides country music legends, Oklahoma is also known for a very strong Native American presence. Lainey is a proud member of the Choctaw Nation. This appreciation for family heritage and tribal roots can be felt in the music she writes. With the summer release of her EP “Barnstormin’”, Lainey finally feels she’s found her voice. “This is the music I’ve wanted to make all along. This is me.” Fan appreciation is rapidly growing! Most recently, Lainey took home the fan voted award & title “Best Country Female Vocalist” for the Nashville Industry Music Awards in August of 2015! 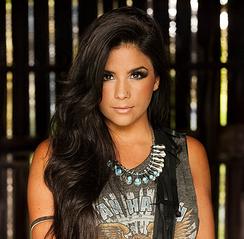 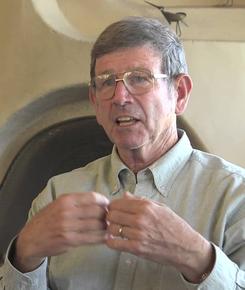 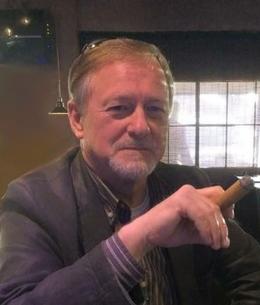 Think of your last A HA moment. Did it cause you to ponder, did you share it with anyone or simply journey on? One of Dr. Jim Dempsey's A HA moments is about deceptions. One example of such deceptions is that GOD cares more about rules than he does about relationships. When parents use a behavior modification approach, which is rampant today, children think parents only care about behavior. Since GOD cares more about the heart than outward behavior, parents should follow his lead. The show PARENTING UNCHAINED speaks to parents at any stage of the game, from starting out with toddlers to preparing teens for the launch.

Ronald Wilson Reagan, the 40th President of the United States, followed a unique path to the White House. After successful careers as a radio sports announcer, Hollywood movie actor, and television host, he turned to politics and was elected governor of California in 1966, serving eight years. He ran unsuccessfully for President in 1968 and 1976, but in 1980, during a time of U.S. economic troubles and foreign policy difficulties, he won the Republican presidential nomination in a contest with George H.W. Bush and others and defeated President Jimmy Carter in the general election.

Kelly Carlson discusses her 5 years experience in dealing with a Psychopathy, Her ongoing research, the myths, traits, disagreements in science, male/female dynamics, awareness and possible dangers regarding this mysterious human anomaly. 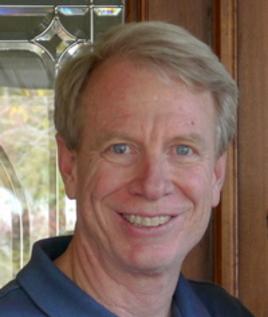 Core member of the Special Operations OPSEC - www.OPSECTEAM.org - IMPORTANT
Over 30 years of experience in Intelligence & Counterterrorism with the Central Intelligence Agency and the Department of Defense overseas.
Served with the Department of Homeland Security Office of Intelligence and Analysis on the United States southwest Border.
Regular panelist for the ‘Defending Our America Program’, part of the Life Of Duty series on NRA-TV.
Regular columnist for Townhall.com.
Invited to speak on Terrorism and Defense-related issues on a number of national radio programs.
Del is a regular guest on REAGANradioNetwork.com and LakeOfTheOzarksRadio.com SUNRISE STATION, ‘Now You’re Talking’ radio program.
Del has a great deal to talk about and help those that have not had similar life experiences as Del so they can better understand what is happening and why.

Together let’s work to make a difference, and be a part of something that’s bigger than ourselves.

Frank Gaffney is the Founder and President of the Center for Security Policy in Washington, D.C. The Center is a not-for-profit, non-partisan educational corporation established in 1988. Under Mr. Gaffney’s leadership, the Center has been nationally and internationally recognized as a resource for timely, informed and penetrating analyses of foreign and defense policy matters.

Thousands of you have heard Bill Johnson on telephone conferences and many of you have met him in person. Bill and his wife Em have an outstanding track record working with people and organizations. Bill has an outstanding characteristic we all appreciate. Regardless of circumstances, he is always positive. When you call Bill you can always count on him answering "I'm so glad you called. How can I help you"? The important truth about Bill is --- he really means what he says when answering the phone.
Bill has been a lifetime trainer and motivator, working diligently to help people realize their full potential. He is known nationally and internationally as an outstanding teacher, trainer, motivational speaker, human behavior research specialist, consultant, counselor, personal coach and program advisor. In addition, at 86, Bill and Em are authors and still write and produce books that embody their knowledge and wisdom. 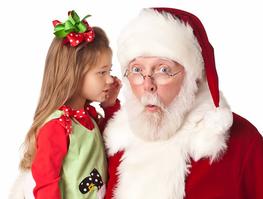 About the Columnist
D.W. (Del) Wilber

“Being an American is about being a part of something that’s bigger than yourself”.

This is how Del Wilber thinks. 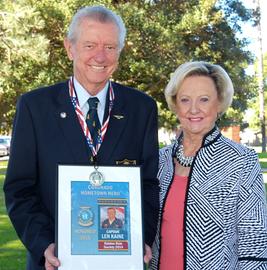 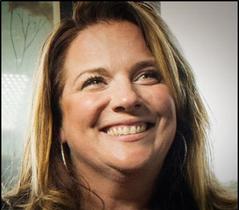 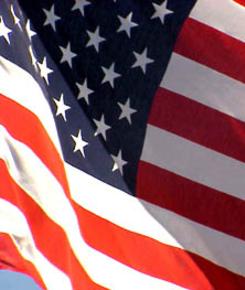 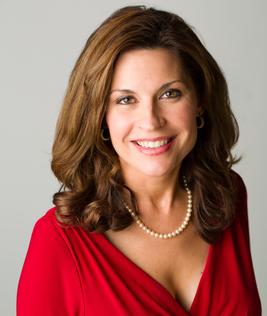 Captain Len Kaine Retired US Navy Fighter Pilot & Retired Airline Captain.
1.   Selected member of  Coronado Avenue of Heroes in 2015.
2.   East Coast Navy Top Gun and then All Navy Top Gun in 1959.
3.   Completed F4 Phantom training with highest grades ever assigned.
4.   Set a Navy record flying 6 different types of aircraft in combat tactics
5.   Awarded two Distinguished Flying Crosses and seven Air Medals for more than 100 combat missions over North Vietnam (1966 & 1967).
6.   Founder and President; the Golden Rule Society Charity since January 1972 helping the defenders of our freedoms plus children, churches and charities nationwide and worldwide.
7.   Received two Nominations for the Nobel Peace Prize (2014 & 2003).
8.   Received the "US President's Lifetime Achievement Award for volunteer service in 2006. Senator John McCain pinned on the medal.
9.   He was named the 2010 Veteran of the Year for the Golden Rule Society by the U. S. Department of Veterans Affairs.
10.   The Golden Rule Society was selected as the National charity of choice for the support they provide to our Troops, Veterans and their families.
11.   He’s also Chairman of the Board of the Realty Pilot Corporation helping our American neighbors with all aspects of the Real Estate Industry.
12.   He’s a pioneer member of “The Nucleus Project”, helping individuals, businesses, and families plus, churches, and charities world wide.
13.   He’s working with “World Peace One’s” Director Klaus Nobel in their mutual peace efforts.

Dave Bray wrote a song for The Valkyrie Initiative titled "The Warrior Inside". 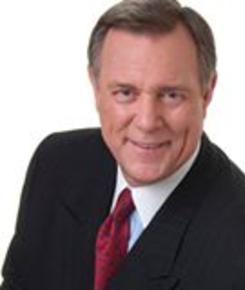 COUNT DOWN TO CHRISTMAS 2016 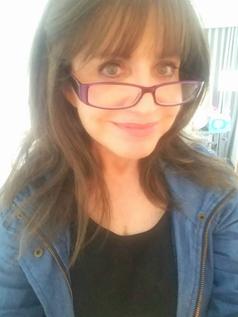 The truth about us,"if we didn't live it, if we don't know it, if we can't prove it, we won't say it." Zack Taylor here. That's the credo THE NATIONAL ASSOCIATION OF FORMER BORDER PATROL OFFICERS adopted. We all swore an oath to the nation when we began our service; in this day, when such things are too often seen as archaic, it is with us still. None of us remembers hearing an expiration date when we swore it. Truth is what I represent on numerous subjects related to border patrol. The NABPO'S PARAMONT mission is to contribute to the security and stability of the UNITED STATES. To that end, we shall propose and be advocates for immigration laws and policies that we believe serve those national interest, and we will oppose those that do not. My long and broad range of experience allows me offer informative and shuddering subject matter.

Thomas Jefferson believed “an enlightened citizenry is indispensable for the proper functioning of a republic. Self-government is not possible unless the citizens are educated sufficiently to enable them to exercise oversight.”  That belief is the foundation of Mike Snyder’s more than four-decade career as an award winning television journalist and storyteller.  After 30 years at NBC-5 in Dallas/Fort Worth, where he and co-anchor Jane McGarry became the longest running news anchor pair in Texas television history, Mike now uses his skills as a media and political strategist.  As the founder and managing partner of One Degree Strategies, Mike guides corporate and political clients through the complex process of branding and development of digitally focused strategies that motivate targeted audiences.  Mike also believes there is no greater honor or obligation that to serve those whom have worn the cloth of our great country protecting the freedoms we enjoy.  That belief is the foundation for his 4-decade philanthropy career, which includes service to dozens of non-profit organizations and creation of Sky Ball which has raised over $35 million for the families of deployed troops, wounded warriors, surviving children and veterans.​

To learn more about The Valkyrie Initiative and how to donate, please visit their website. 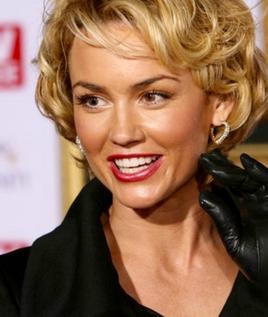 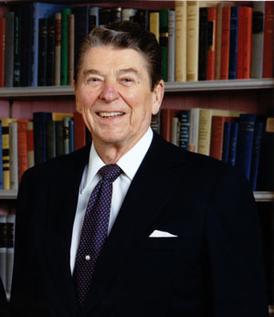 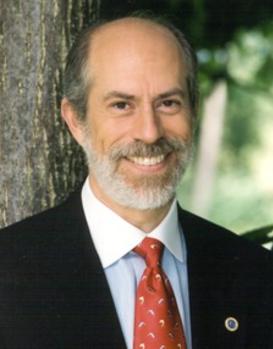 “Being an American is about being a part of something that’s bigger than yourself”.
This is how Del Wilber thinks. Del’s background:

1. Core member of the Special Operations OPSEC – www.OPSECTEAM.org - IMPORTANT
2. Over 30 years of experience in Intelligence & Counterterrorism with the Central Intelligence Agency and the Department of Defense overseas.
3. Served with the Department of Homeland Security Office of Intelligence and Analysis on the United States southwest Border.
4. Regular panelist for the ‘Defending Our America Program’, part of the Life Of Duty series on NRA-TV.
5. Regular columnist for Townhall.com.
6. Invited to speak on Terrorism and Defense-related issues on a number of national radio programs.
7. Del is a regular guest on ‘Now You’re Talking’ radio program.
8. Del has a great deal to talk about and help those that have not had similar life experiences as Del so they can better understand what is happening and why. 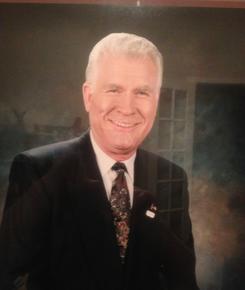 ​​Retired Special Forces Colonel Mr. James Williamson is one of the two cofounders of Special Operations OPSEC. He is a self-employed entrepreneur and small business owner. Jamie assumed the position of president after Scott Taylor resigned after winning the Virginia primary for US Congress.

​Williamson was one of the two founding members of OPSEC. His leadership has been instrumental in recruiting new core and ‘at large’ members and he has lead the effort on Capitol Hill which ultimately contributed to the appointment of a Select Committee to investigate Benghazi. He remains an integral part of the ongoing OPSEC fundraising operations and has been a frequent public speaker on behalf of OPSEC​

The Valkyrie Initiative is a 501(c)3 nonprofit organization dedicated to the successful facilitation of the after-downrange transition of Veterans, First Responders and their families.

Welcome to the Reagan Radio Network

Zack Interview-Security on the border between USA and Mexico 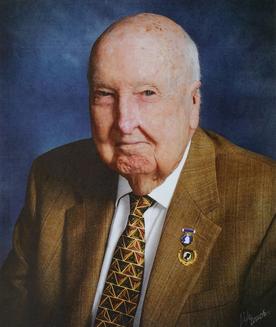 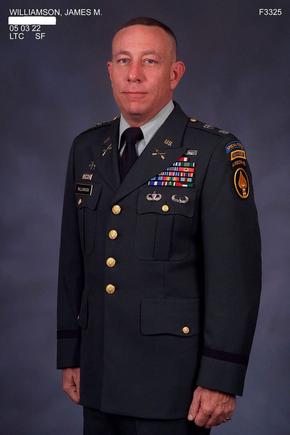 Book: It's a Matter of Opinion - by D.W. Wilber